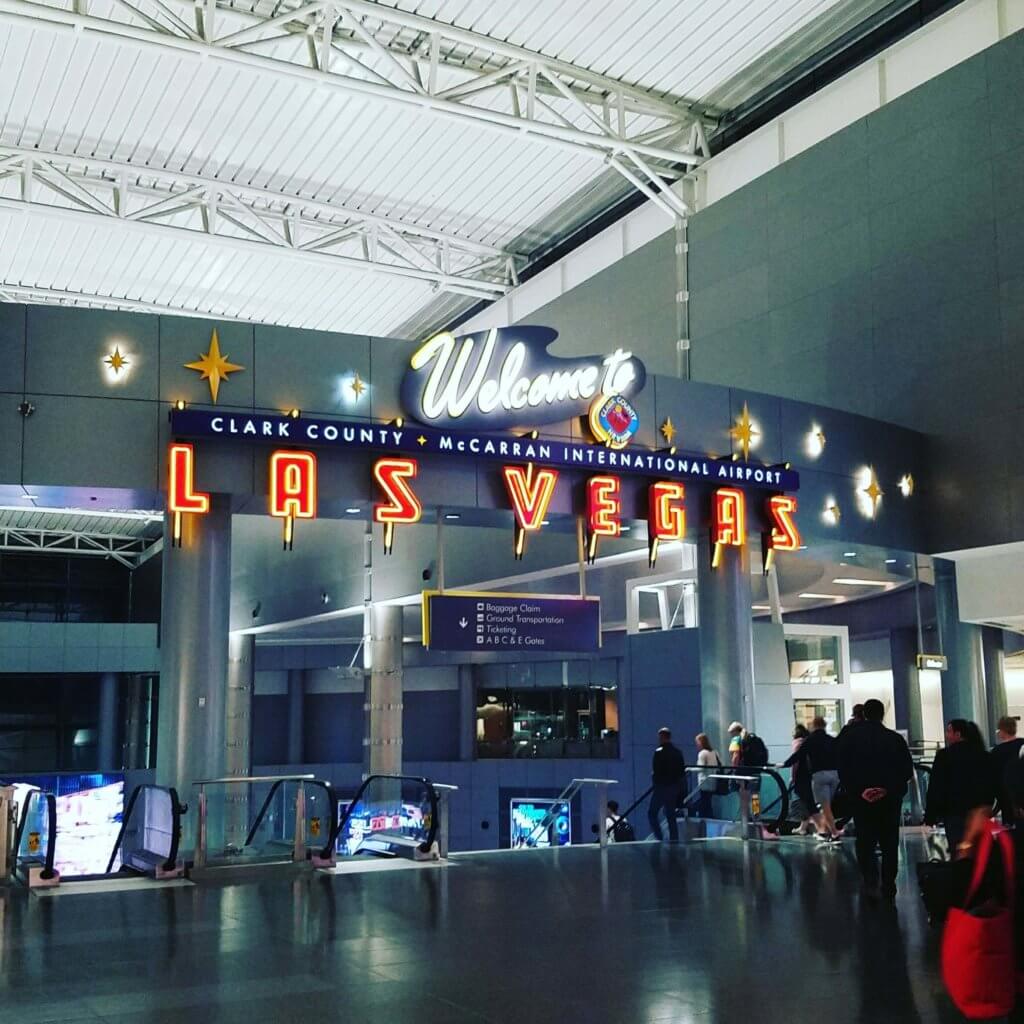 Although I visited Vegas last October, it took me a while to find the words to describe my experience there.

It was my first time in Vegas, and if you ask me, it would probably be my last.

“What happens in Vegas stays there,” says the locals. After my visit, I now completely understand what they mean.
It’s not because it’s such a big secret what you do there; it’s simply because you don’t remember what you’re doing there.

Why don’t you remember?
Because they drug you in every possible way.

No, they don’t give out heroin and cocaine in the streets (sure, you can get those), but let’s be honest, gambling is a drug for all intents and purposes. Add to that alcohol, cigarettes, luxury hotels, lots of sparkling lights, the Eiffel Tower, Caesar, Citadel and one fountain that dances every half hour to the very famous song like Titanic or any other legendary song and you have an endless hallucination (depending on how many days you are there).

Unfortunately, I arrived in Vegas two days after the terrible massacre that took place there. I already got a message on my mobile that Jennifer Lopez canceled her performance. I had been waiting for her performance for two months, so I was not happy when I got the message.

“The strip is closed to traffic because of the shooting, so I’ll have to take you around,” said the Uber driver.
“How is the atmosphere in the city?” I asked
“Life goes on. We will not let anyone stop us, do you understand?” the Uber driver asked.
“Yes, I do,” I replied and thought to myself that Israelis can give a course on “Life goes on.”
****
I arrived at Encore Hotel, which is the twin brother of the Wynn.
I put the suitcase in the room and went downstairs to meet my friend in the lobby. That is actually the casino.
“Let’s throw the dice,” my friend suggested.
“I’m going to get something to drink. Want something?” I asked.
“The waitress will arrive soon and bring you whatever you want for free,” he replied, lighting a cigarette. “Why do you smoke here? This is the United States; you have to go outside,” I muttered.
“Lol. You can smoke in a casino,” he laughed at me and threw the dice.

At this moment, I thought I was in a perfect parallel universe of the United States.

I’m in Paradise. Luxury hotel, pampering pool, casino, free alcohol, and smoking is even allowed.
A great start to a vacation. After an hour staring at people losing $ 100, $ 10,000, and even more, we went for a wall.
I meant we switched to another casino.

We crossed the hotel’s passage to the twin hotel, Wynn, and everything was so shiny and beautiful. Chanel, Burberry, Prada, Cartier, Fendi, Hermes and few other friends vacationing with me in Vegas. What else can a girl ask for?

After playing roulette for a short period, we went back to sleep. At least that’s what I planned to do.

I fell asleep, but not really. I assumed it was the jetlag, so I went to the gym in the morning; rather early in the morning to regain some balance.

As we advanced toward the famous buffet that every Israeli who visited Vegas told me I had to “try”, I told my friend that I had not slept well. “In Vegas, you don’t sleep. They put something in the air that makes you not to sleep. They just want you to gamble,” he explained. That was when I realized that this is not the heaven I thought it is.

We spent the second and third day between casinos and hotels. I was in Bellagio, Cesare, in France and even in New York. People walk the streets with alcohol, admire the architecture, kids run between adults, and I turn around to see the strip from far and everything looks fake.

That’s the thing about Vegas. Nothing is yours; nothing is real and all is deceitful.

I found it tragic that instead of buying a flight ticket to Paris and really seeing the Eiffel, lots of people take a discounted flight or get into a car and get a fake Eiffel tower. 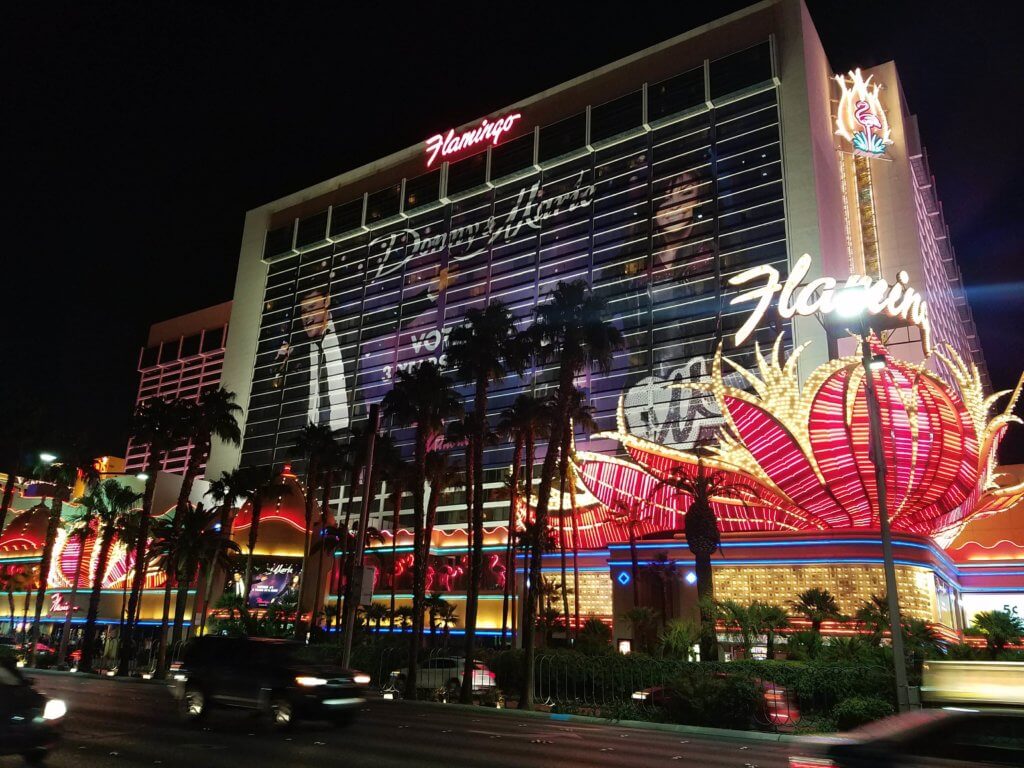 A shine of light in Vegas:

My friend wanted to buy a suitcase. Suggested that he walk under the Hotel to Ross. On the way there, I saw a Mexican restaurant and my heart was filled with hope that there is light at the end of the tunnel after all. If there is one reason to visit Vegas, it is because of Tacos El Gordo. Everything was made from scratch – the meat, the tacos, the salads. I ate three, but I felt like eating ten more. Excellent! 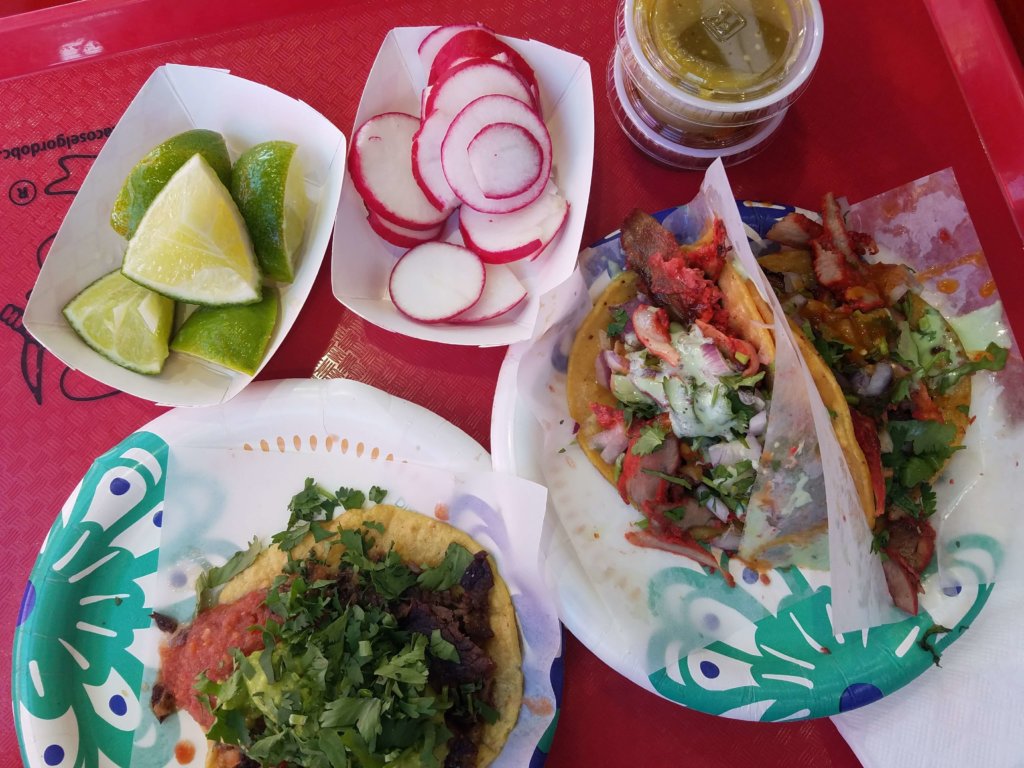 As I was preparing for the trip to Vegas, I watched the program by Chef Anthony Bourdain (RIP). I love him very much. I look out for his recommendations, and he did not disappoint me. The first place I visited based on his recommendation was Oscar’s in downtown Vegas. 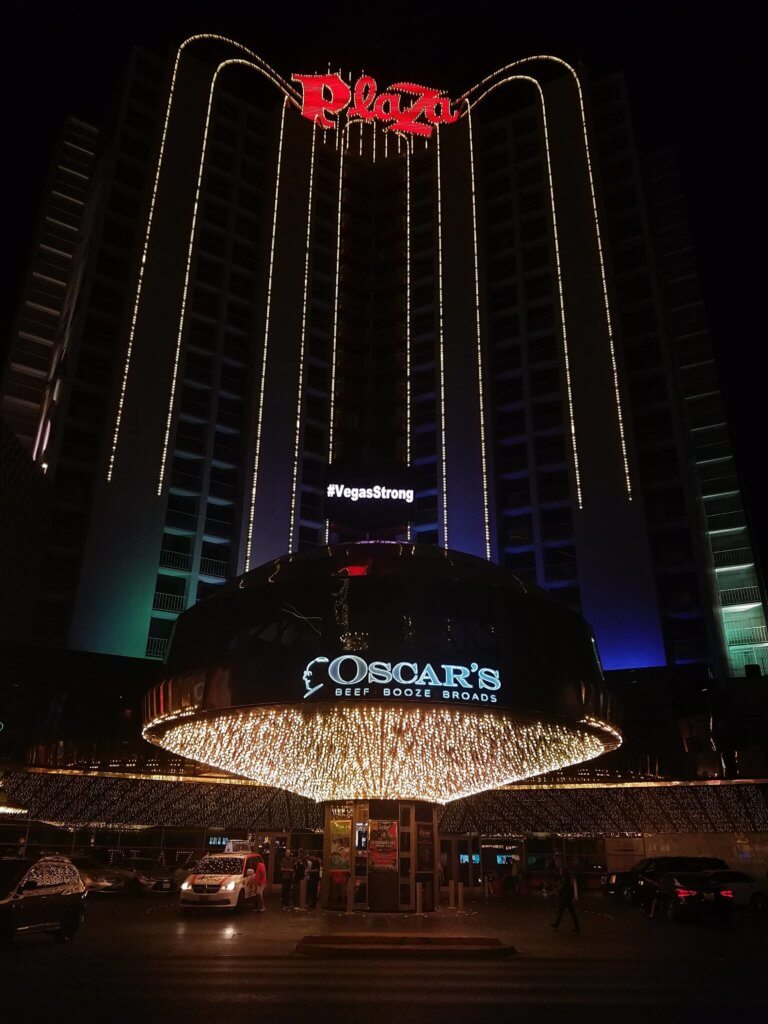 Oscar’s was the mayor of Vegas. He was very much appreciated in his time and he is kind of a legend in town.
The restaurant is where it all started, and it is actually the original Vegas Strip – a place you should visit if you want to understand this city a little more. Oscar’s restaurant also starred in the film, “Casino”, and it is an institution for all intents and purposes. It is an excellent meat restaurant. If you feel like indulging yourself with a good steak, this is the place. 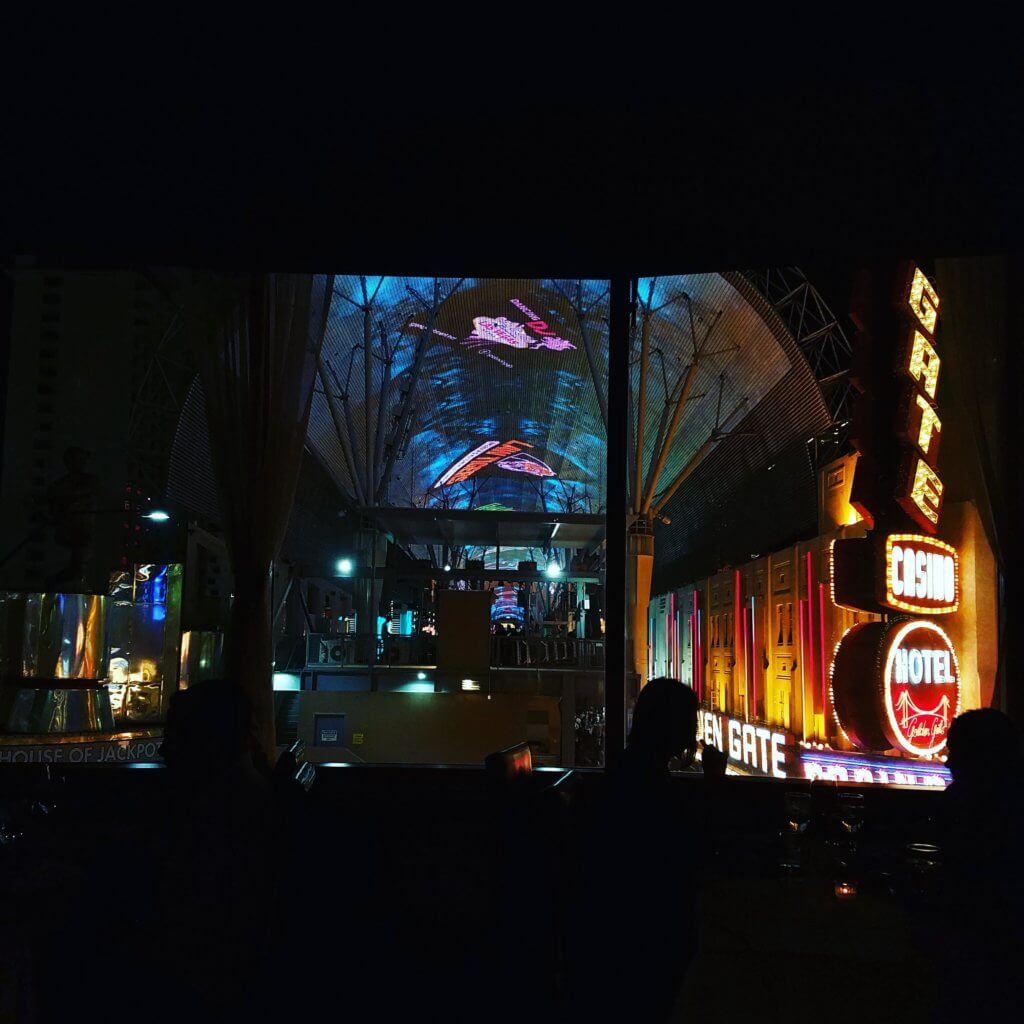 The second place I visited in the wake of Bourdain was Sushi Roku. This sushi is famous for the fact that all their products come straight from Japan, with an emphasis on the excellent tuna fish they offer. Because I was alone, I could not eat so much. But what I got was excellent and perhaps, among the few good meals, I had in Vegas apart from the tacos. 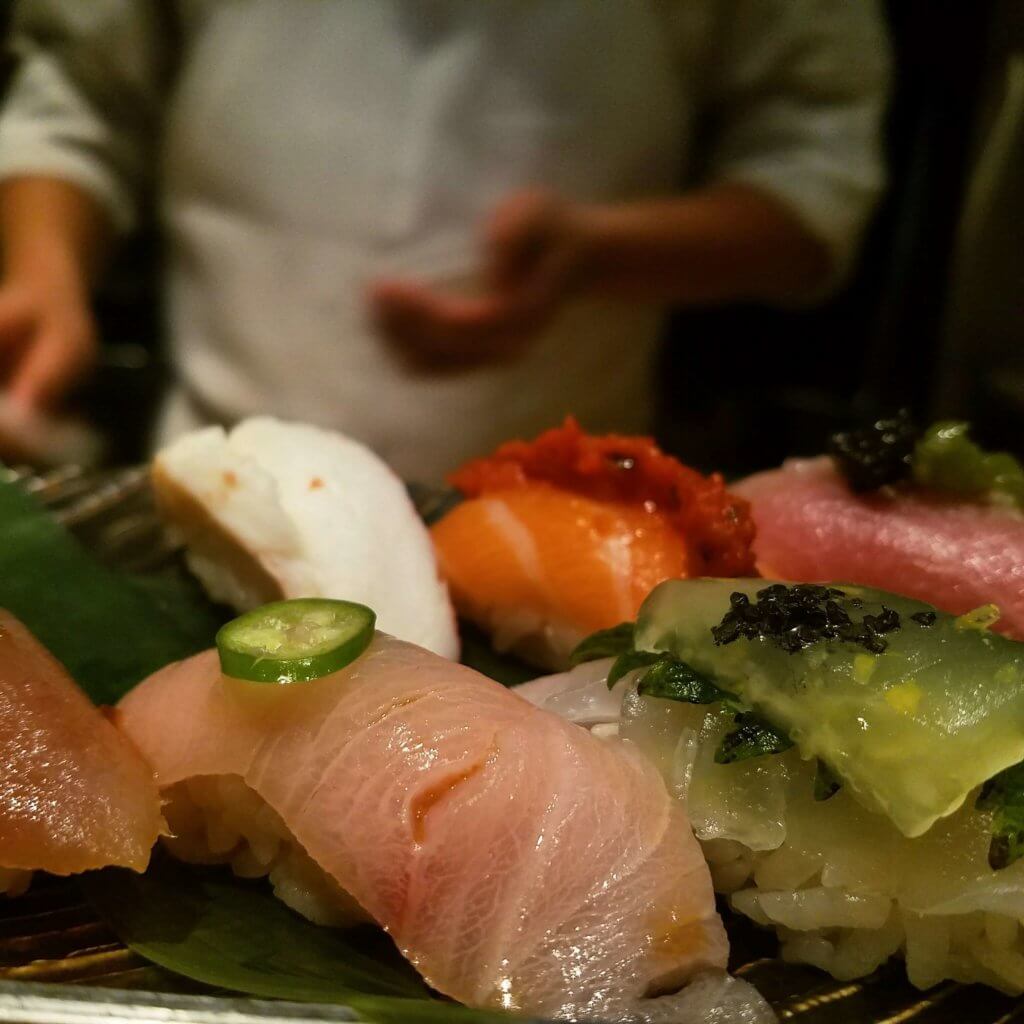 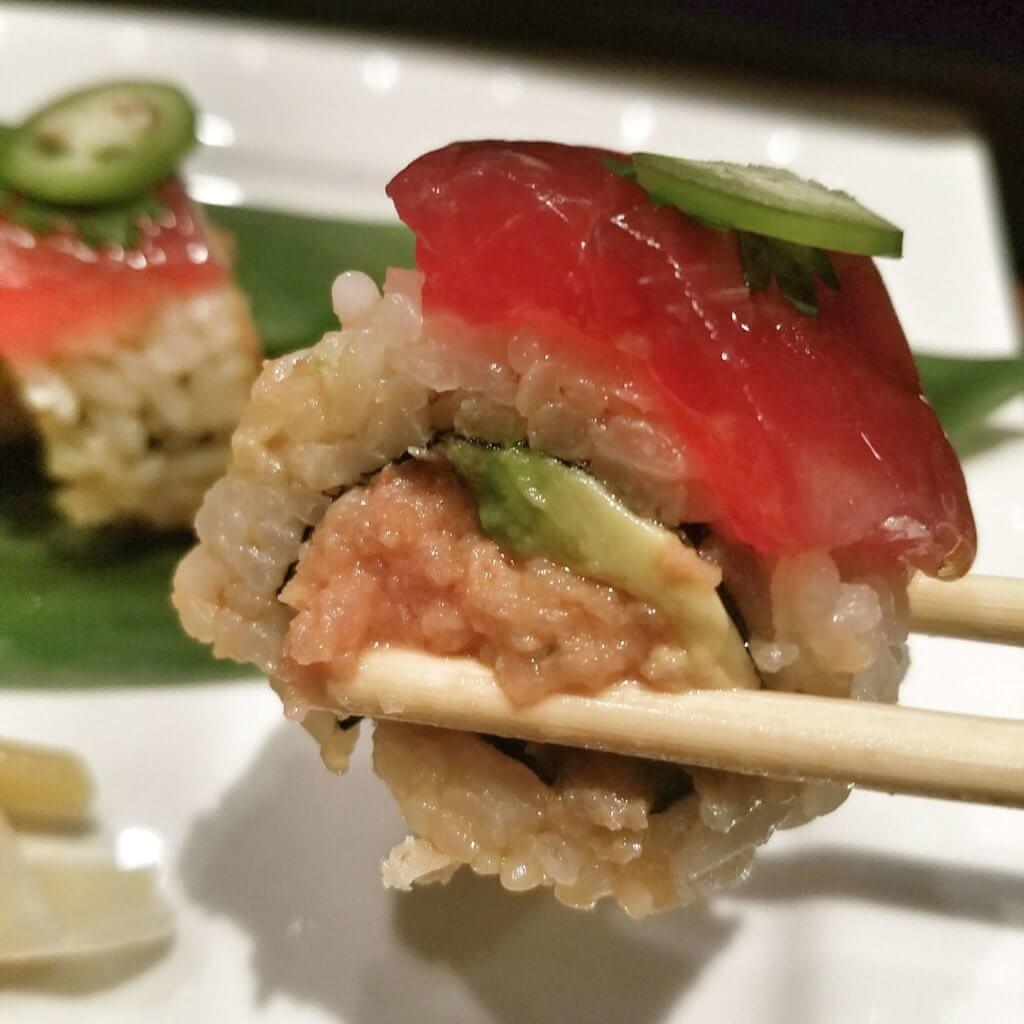 Till next time,
Hagar

My name is Hagar. I’m 38 years old, born and raised in Israel and live the life of a teenage girl; therefore, I appear in my 20’s. Three years ago, (can’t believe it has been … END_OF_DOCUMENT_TOKEN_TO_BE_REPLACED