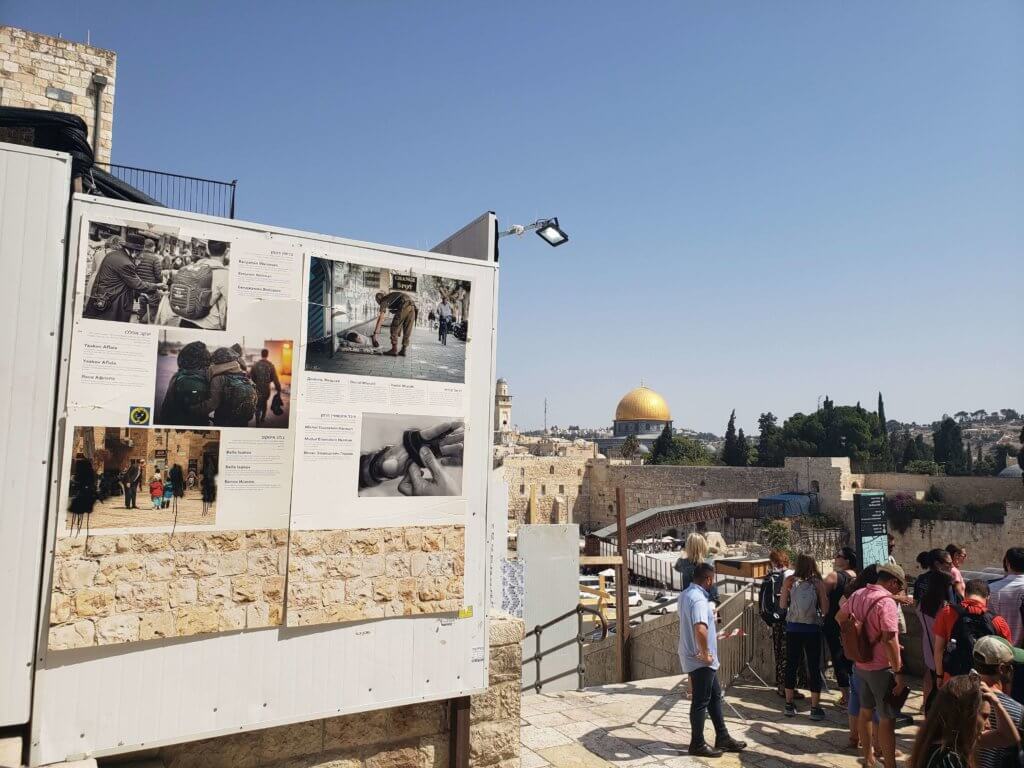 Last September, I was lucky to visit Israel as part of 40 under 40 mission from Atlanta, organized by the Jewish Federation of Greater Atlanta.

The group comprises young professionals who had been and had not been to Israel, including those who are married, single, LGBTQ, parents, Jewish and Non-Jewish, and one Israeli- Me.

As part of my day job in the Israeli ministry of Tourism, and in my personal life, I try to bring Israel to the people I talk with. It is hard. Israel is a very diverse and complicated place. This country has a lot to offer as a tourist destination, and a lot for you to learn about.

When people hear about Israel in the news, most of the times, the headlines are about the Israel- Palestine conflict. However, if you are actually living in Israel, there are way more complicated issues Israelis deal with on a daily basis.

Take Jerusalem for example; I wasn’t there for five years. Like many Israelis, my relationship with Jerusalem, the capital of Israel, is very complex. I get the importance of this city to the Jewish people and other religious people. However, for me, Jerusalem is the center of every conflict we have in Israel; Israel vs Palestine conflict, Secular Jews vs Orthodox Jews conflict, Jerusalem vs Tel-Aviv conflict, etc.

The only way to really understand this country is to be there. And when you are there, it takes time to understand the country. Most of the people I meet describe Israel as “overwhelming”.

And yet, it is one of the most interesting places in the world. 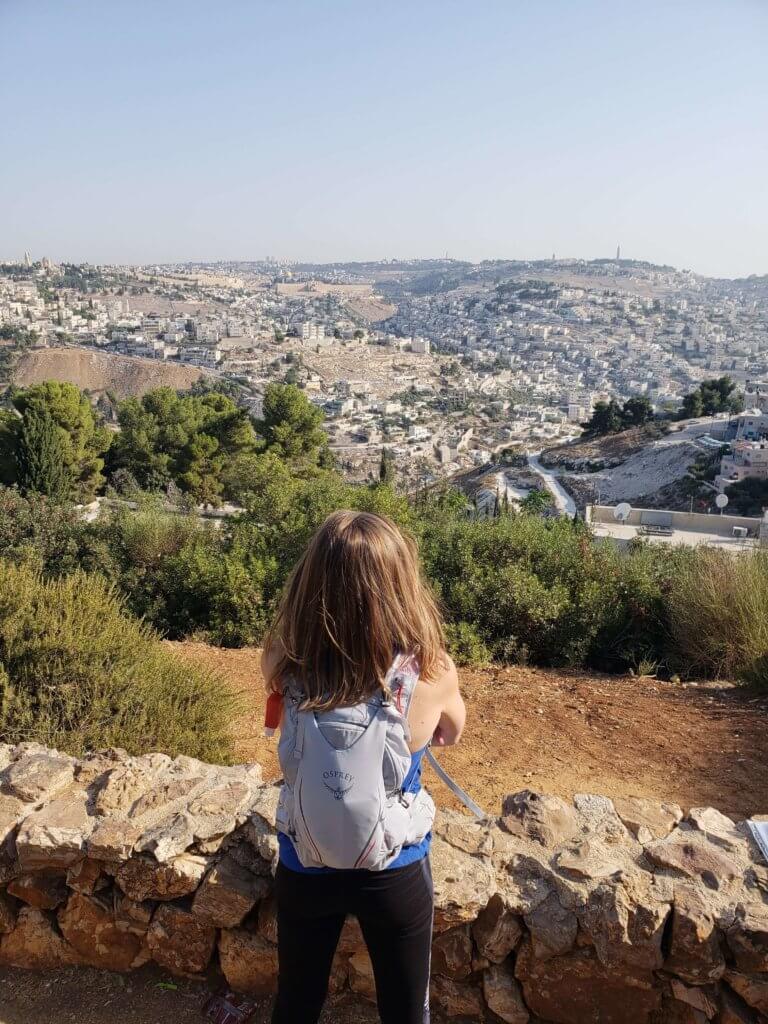 I wanted to be part of this mission to Israel for a few reasons:

Second, I wanted to see my country through other people’s eyes.
I have lived in Israel all my life. I know it is a special place, but only when I moved here and working for the Israel Ministry of Tourism, meeting people that had been there and were emotional while speaking about their visit, I realize that it is a very special place, which I often take for granted.

Third, as I mentioned in my previous posts, I’m trying to create some kind of personal connection with young American Jewish people. I believe it is very important for the future of the Jewish people and Israel as a Jewish state.

This mission was designed to challenge participants by learning new things about Israel, which the only way to be exposed to them is to actually be in Israel and talk to Israelis.

The most common example is to ask a group of Israelis, “Where is the best Hummus in Israel?” You will get at least one recommendation per one person , if not more.
Israelis can share the same views, however, every one of us has different take on how we observe things and explain them to others.

Our visit lasted for a week and the schedule was very tight. We were in Jerusalem, Herzliya, Haifa, Tel-Aviv, and Yokneam (Atlanta twin city). We had lectures with journalists, activists, high-tech professionals, Muslims, Orthodox Jewish, NGOs, philanthropists, Jewish Reformers, etc.

Omer, our guide and storyteller, added history and a personal touch, which was a great experience for the participants.

Each one of us took something different from this visit.

My goal was to be present in those moments people realize that everything they think they know about Israel is not actually what is happening there, and I did.

For me, there were two significant events that I will forever cherish.

On our second day in Jerusalem, we met Anat Hoffman who is an Israeli activist and serves as the Executive Director of the Israel Religious Action Center, also known as IRAC. She is the director and a founding member of Nashot HaKotel, also known as Women of the Wall.

I have heard about Hoffman in the past, but meeting her was a different experience. You get hooked the moment she starts talking. She is full of passion and knowledge. Her ability to make people think is inspiring. She has a unique ability to speak in a language that most Jews around the world would understand and follow – an ability most Israelis don’t have.

On the fifth day, when we visited The Center for Israeli Innovation (by Taglit in partnership with TASE), we had a panel discussion with three interesting women.
The first woman is an Ultra-Orthodox Jew. She is a part of Neturei Karta- controversial group among Israelis and Jews around the world. To be honest, as an Israeli, I have met with Ultra-Orthodox Jews and even worked with them, but I have never met a Neturei Karta member. It was hard to listen to her, and out of respect to the group, I didn’t leave the room, but I was very close.

The other two women are national religious settlers from Elkana (Israeli settlement), and the other a secular-liberal Israeli from Tel Aviv. Their views were no news to me.

It was interesting to learn about their views and observe members of the group overwhelmed by them. However, like the “Hummus” example I mentioned before, I didn’t agree with any of them, and for me, this is Israel. 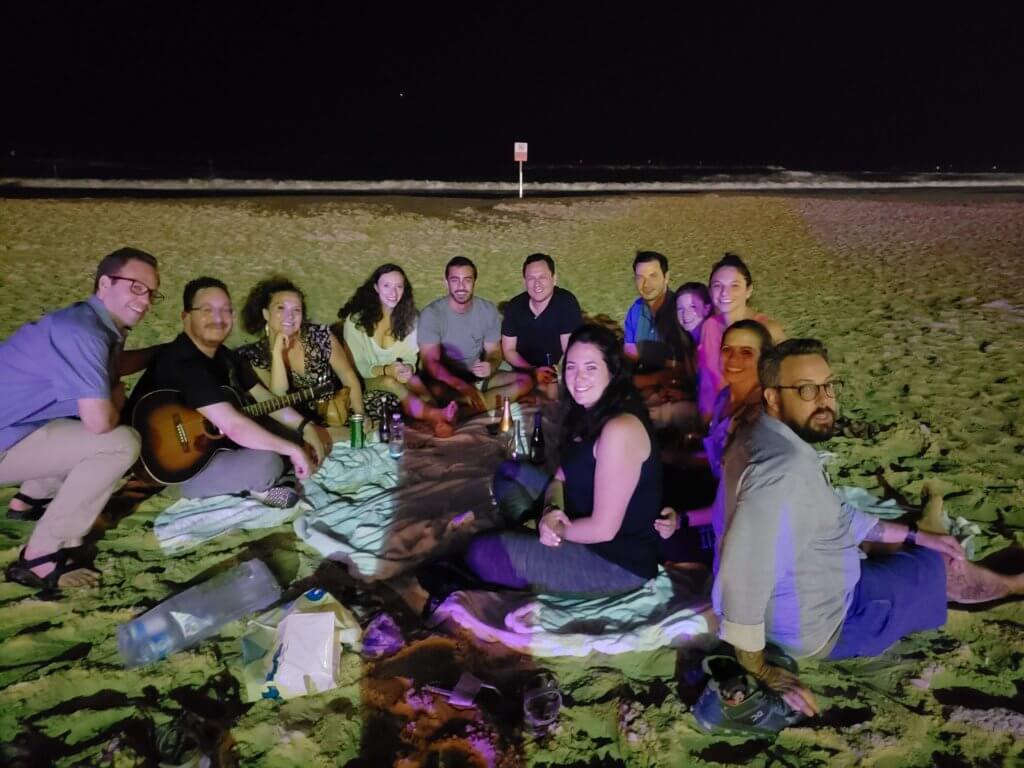 In order to understand Israel, you should visit there to get a taste of how complex it is.
If you can’t travel there, try to talk to Israelis who can bring you something from there.
Most importantly, learning about Israel doesn’t mean that you should support what Israel does or doesn’t do.

For us Israelis, I will say it again and again, our relationship with American Jews and Jewish people around the world depends on us. We need to welcome any question or criticism coming our way, even if we don’t like it. This is the only way to maintain any kind of connection with the Jewish Diaspora and for the sake of the Jewish state, Israel.

I would like to thank the Jewish Federation of Greater Atlanta for this experience.
Special thanks to: Ariel, Staci, Samantha, Adam, Rachel, Omer, Kenes Tours and all members of the group, who made great trip.

My name is Hagar. I’m 38 years old, born and raised in Israel and live the life of a teenage girl; therefore, I appear in my 20’s. Three years ago, (can’t believe it has been … END_OF_DOCUMENT_TOKEN_TO_BE_REPLACED