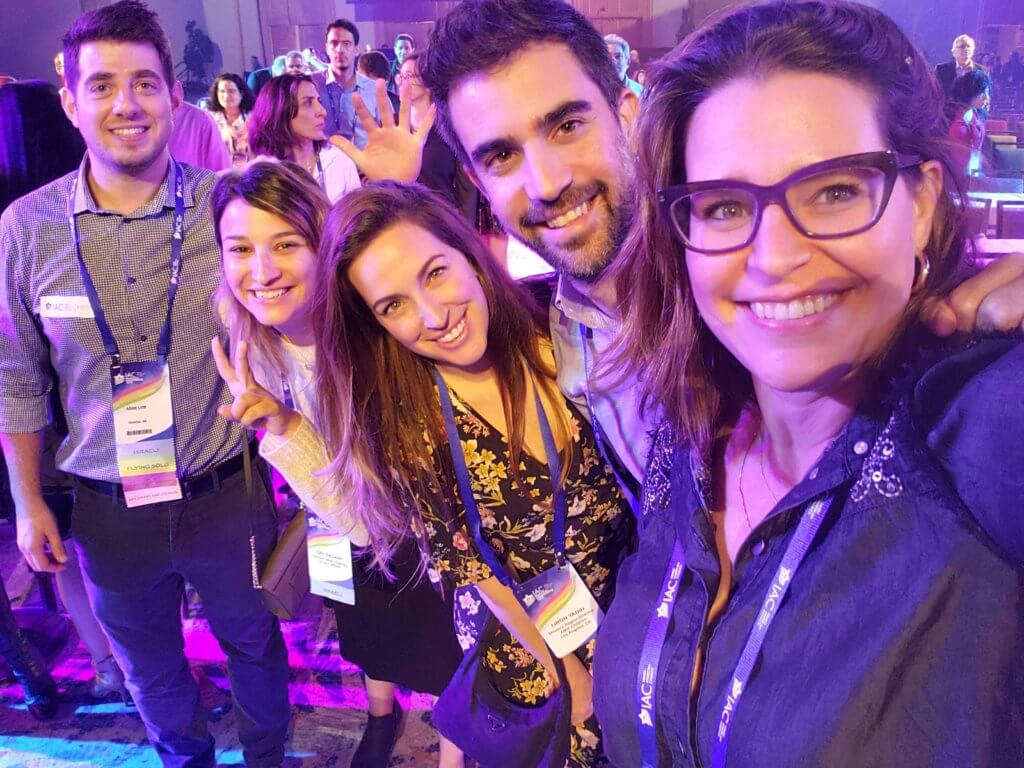 Last November I attended to The Israel American Council (IAC) Conference in Florida, and I’m sharing with you my personal expirience (Due diligence, I was at the conference as part of my work and as an active part of the IAC organization in Atlanta.

Well, I’m an Israeli who live in the United States. I have Israeli friends and we try to have a Shabbat dinner every week. There are other Israelis who live here who listen to Israeli music all the time, watch Israeli television channels and are members of Israeli Facebook groups. There are also a few other Israelis I know here whose Israeli identity starts and ends with their Israeli passport.

The question of identity is a question that I have been discussing throughout the entire period since I moved to the United States. At the IAC conference, I heard many times different definitions of “Israeli-American”, “American-Israeli”, and keeping Israel as a component of their identity.

If I do define myself as an Israeli, should I automatically care about what happens there if I don’t live there? Am I supposed to associate every anti-Semitic act taking place in the world with hatred of Israel? Should Jews support Israel? Is it okay to say that I am an Israeli without being expected to explain the conflict or have an opinion on political issues?

Also, what does it mean if I define myself as “Israeli-American” or “American-Israeli” because I choose to combine the two countries? And if I put a country’s name before the other, am I more like that than the other?

“Oh sister, you are exhausting. There’s a problem of identity for Israelis living in the Diaspora. We get it, but what do you want?” I hear some of you ask me while I write these lines.

I understand and do not expect people who have not lived in another country to understand what I’m writing here, and yet I offer you a rare glimpse into questions many Israelis have in the context of identity and its implications.

If you are still here, I will gladly tell you that at the annual IAC conference, that’s what I did a few days; I tried to answer all these questions. I participated in many panels, including those who were close to my heart and those who weren’t. I heard a variety of opinions, got angry, excited, saddened, and happy. I met a lot of people, including some I knew on social network sites, and I finally got to know them personally.

My highlight moments were the hug from Miriam Peretz (!), Yehuda Poliker‘s performance, the picture with Tzahi Halevy from the TV show “Fauda“, and the dance party with all the participants, who shook the walls of the hotel in Florida.

The moments when I sat for coffee, drink or have lunch with other participants and talked about what we heard in the panels, about life here in the US, about life in Israel from a perspective of time, distance and especially identity, were the unforgettable ones.

My personal feeling was that I was in a safe space, along with another 3200 participants, with the desire to share our identity questions, and try to get answers. The absurd thing is that the more you talk about it, the more questions you have. And the answers? There are no answers; there are decisions to accept to live a lifetime with questions.

I’m not here to sell you the annual IAC conference and the organization’s work. You can read that on their website. I am here to suggest that you listen to other people who see their Israelites different from yours, even if it’s not like your own opinion. Whether it’s active in the community you live in or not, whether it’s going to an IAC conference and going to a lecture by Meir Shalev, each of us adopts a certain identity, and it should be okay that not all Israelis share the same Israeli identity, if at all.

My name is Hagar. I’m 38 years old, born and raised in Israel and live the life of a teenage girl; therefore, I appear in my 20’s. Three years ago, (can’t believe it has been … END_OF_DOCUMENT_TOKEN_TO_BE_REPLACED