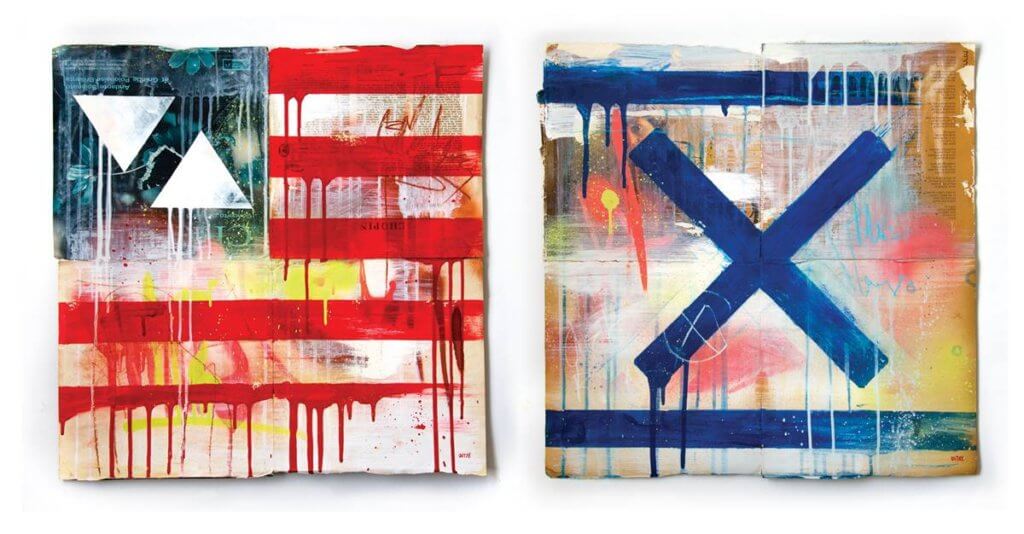 Last October, my Facebook page and my Instagram account were filled with posts I shared about an event I produced called “Yalla, let’s talk about shawarma.”

Many have asked me about this event and why I am promoting it for a whole month. This event was a test drive for a future project that I hope to establish.

Since I moved here, I have been having a dialogue with myself regarding the connection between Israelis and American Jews in the US, and I have shared my thoughts on the subject here on the blog.

My conclusion right now, after a few years here, is that there is no connection between Israelis and American Jews. As I write these lines, I imagine people moving uncomfortably in their chairs.

I grew up in Israel when my grandmother used to say, “The Jews in America will not let something bad happen to us. There’s nothing to worry about.”

To this day, people in Israel, especially when the Israeli prime minister comes to speak in the US Congress, believe the basic assumption that Israel is the only interest American Jews have.

Oh well, I hate to break it to you, but it is not true.
At least not as we (Israelis) assume it interests them. It is perfectly clear to me that there are exceptions, and there are those who are connected to it in a certain way, and still, the vast majority is moving away from it every minute that passes.

In my own understanding, the strength of the BDS movement has increased as a result of this lack of connection. The fact that its founders and leaders were Jews did not surprise me at all, yet it feels like a punch in the stomach.

From that moment I realized it, every time I met young American Jews, I asked them about Israel. Most of the reactions are of embarrassment, some are ashamed, some admit that they do not care and have no interest in studying, and there are those who simply turn and walk away.

From where I am standing, the responsibility is on us, Israelis.
If we want to create any kind of relationship, we need to make the first step forward, and to be consistent.

As part of my job at the Tourism Ministry, I meet a lot of people who were in Israel. Through the eyes of tourists, I realized how Israel is an interesting and unique destination for a trip. Their descriptions of Jerusalem, Tel Aviv, food, Haifa, Jesus, Masada, history, the Dead Sea, etc., made me look at Israel differently.

Every time I’m at a conference, I ask someone who was in Israel, if there are any, the reason for their trip.

This is because they are more objective than I am. I am an Israeli working for the State of Israel, and I have a clear agenda.

For those people, they just tell me about an experience they had, and so I learned that whoever was in Israel and is not an Israeli would be a better ambassador than me or any Israeli in the US.

After I understood this, I tried to figure out how I can bring an “Ambassador” and Israelis, American Jews, and more to have a conversation.

I struggled a lot with this question until I realized the power of the social media.

A fashion blogger shows a picture of lipstick, I run and buy it.
A chef labels a restaurant and the next day people come there to eat and label him along with the restaurant. I can give you thousands of examples I have.

So, I figured I will bring in influencers who were in Israel and could tell about the visit and how it affected the continuation of their careers.

If one of the viewers in the audience would Google the Technion, chef Eyal Shani, Batsheva Dance Company, Ilana Goor or Humus Abu Gosh, and he/she learned something new about Israel, in which no political component is involved in any way, the mission was completed.

In my project, Israel is a geographical area in which millions of different people live, bringing together unique multicultural values, whose story is not seen on CNN or FOX. The ambassadors I mentioned above are the ones who can pass on these multicultural values because, at the end of the day, food, fashion, music, art, high-tech, medicine, science and more connect people and do not separate them. 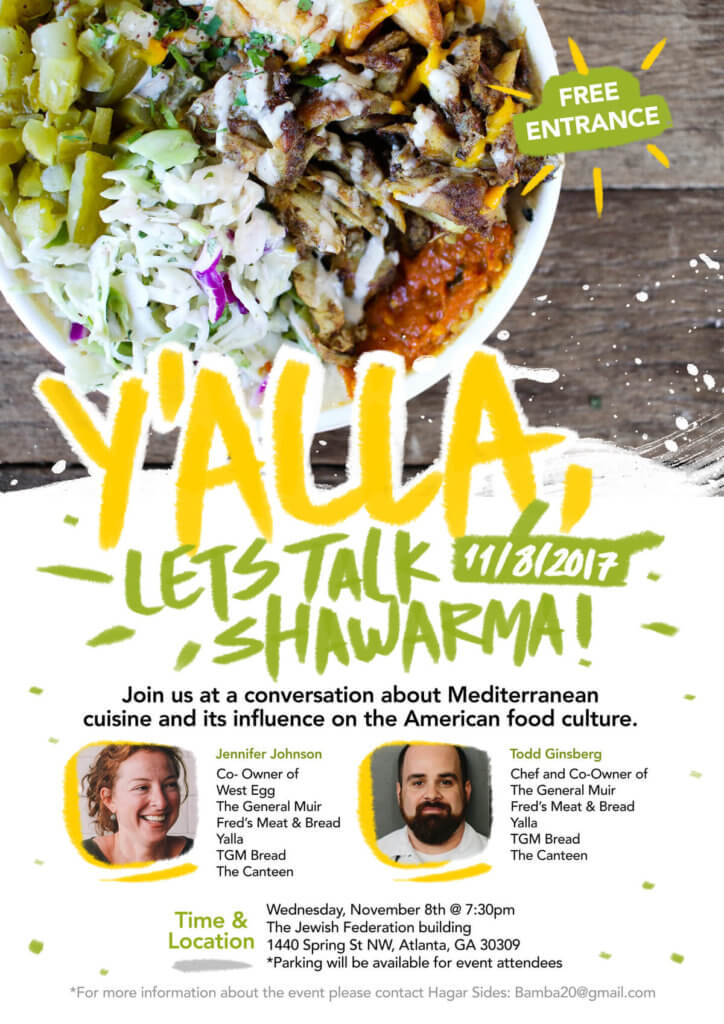 In my first event, I hosted one of the most successful chefs in Atlanta, Todd Ginsburg together with his partner, Jennifer Johnson.

Three years ago, they opened Yalla Shawarma joint in one of the busiest food markets in Atlanta. Before they opened, chef Ginsburg went to Israel to learn from the source. At the event, which was attended by 50 people (my number was 30), they talked about the decision to open the shawarma place, about the visit to Israel and how it affected the building of the menu. At the end of the event, the attendees enjoyed Bureka filled with fried eggplants and hard-boiled egg.

I dream that events of this kind will become part of a learning program at every city in the United States. I dream of halls full of 500 people who come to learn something new that they do not know of before and will develop an appetite for learning something new, and I only cry with excitement because I know it will happen.
If you have panelists that suit your taste, who live in the currently in Atlanta, GA, United States and have something to offer to the project, I would be happy to connect with them.
Warm regards,
Hagar.

My name is Hagar. I’m 38 years old, born and raised in Israel and live the life of a teenage girl; therefore, I appear in my 20’s. Three years ago, (can’t believe it has been … END_OF_DOCUMENT_TOKEN_TO_BE_REPLACED