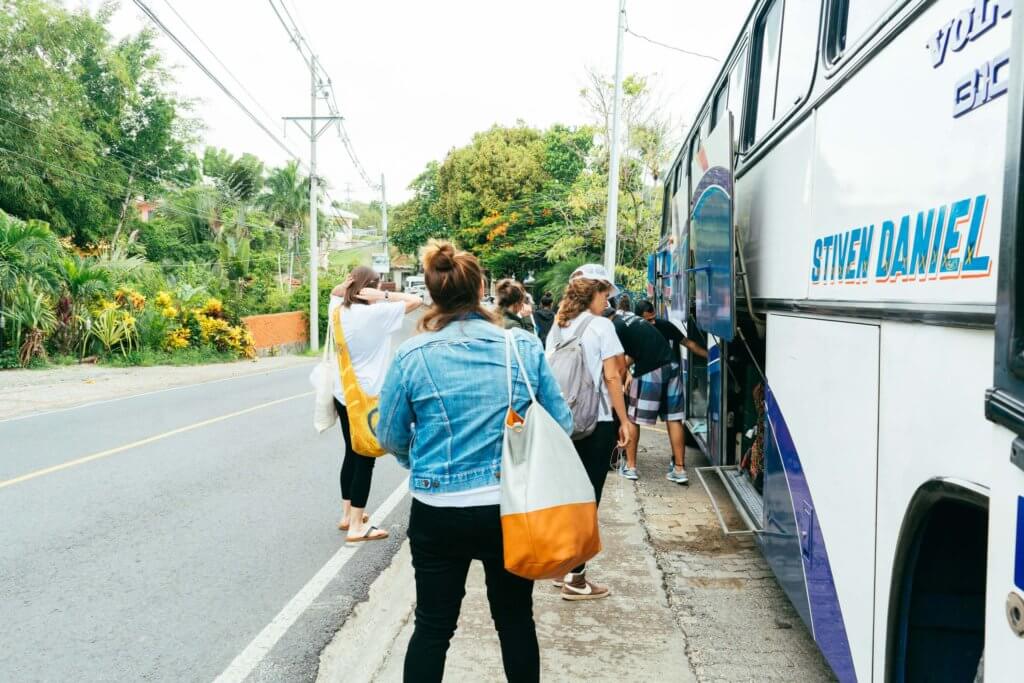 When I ask you this question, I do not mean the beautiful shirt you bought for yourself yesterday, nor do I mean the practice you did this morning in the gym. And neither do I mean if you read before bedtime.

I mean a gift; something that has no monetary value; something you learned from; something that made you grow, blossom, and understand how long it has been since that last time, if at all and why the hell you do not do it more often?

Shortly before the beginning of the year, I decided that 2017 would be a significant year for me in all areas of my life. I felt stuck and wanted a change.

Where to start?
I started to write a diary.
Not just a diary, but the Five-Minute Journal.

Like I mentioned before, it was on my dresser for several weeks before I opened it.
After reading the introduction, I realized that it was not a regular diary, but rather a tremendous commitment to change and learning. Every morning and evening, I fill the diary, taking it with me on work trips until it got wet from a bottle of water, and since then it has been on the bedside table.

I will not elaborate on the diary (whoever is curious should buy it). I can only say that it teaches you how to be positive.

Even if you are a positive person like me, it requires regular maintenance, which we cannot always do on our own, and that is what the diary allows you to do. Positive being.

A few weeks after I started filling in the diary, I discovered my travel schedule for the first quarter of 2017.

Travel for work is not new to me, but this year I traveled more than usual; much more than usual.
I felt like the universe had absorbed my energy and had given me new experiences.
My schedule was crazy; I was in twenty different cities in three months.

The post was related to women empowerment. I lingered on for a few seconds, debating whether to click on the video or not, but I later decided to let it go and went on with my business. A few days later, this video popped up again. This time, I clicked on it. Three seconds to the end of the video, I was already on the program’s website and, apparently, it was in Costa Rica.

“Cool, it’s close to me,” I said to myself, filling in the registration form and then I got to the “Tell us about yourself in third person” section.

To be honest, I cannot stand this “telling about my self-thing question”.
Till that moment, whenever I considered signing up for workshops or courses, I would leave the site and move on with my life the minute I saw this kind of question/request.

But this time, unlike other times, I filled the blank space with 1700 characters. I wrote and wrote and couldn’t stop.

“I signed up for Double You,” I texted Daniella.

I did not really know why I signed up and to whom exactly did I tell about myself in the third person in 1700 characters.

As a matter of fact, even when I arrived in Costa Rica and gave my cell phone to those in charge of the event for three days, I did not understand why I registered.

“They took your cell phone?” I hear you ask.

Yes, they took my cell phone and this is the best thing that has ever happened to me since I had a cell phone.

It is powerful the understanding you discover you are addicted to something, such as your cell phone.
I remember saying when they took it from me:

I will not reveal the details of the program, but I will share my personal experience.

In general, I believe that women are the only force capable of changing the world to a better place. I may sound like a cliché, but every part of my body believes this (and “Sex and the City” is a solid proof of this).

It is well known that women need a feminine environment to grow, flourish, and empower one another.

Yes, we can be irritating bitches too, but at the end of the day even the biggest bitch needs that female friend she can give a hug or a slap.

Back to Double You.

We met in Manuel Antonio, Costa Rica, in the heart of a rain forest at the Selina Hotel (a woman’s name). There were twenty-seven women from all over the world, comprising different ages and color, ready for a weekend of learning. We learned about ourselves, our abilities, our strengths, and our weaknesses. We learned to love everything we don’t like about ourselves and how beautiful we are, each one in her own special way. 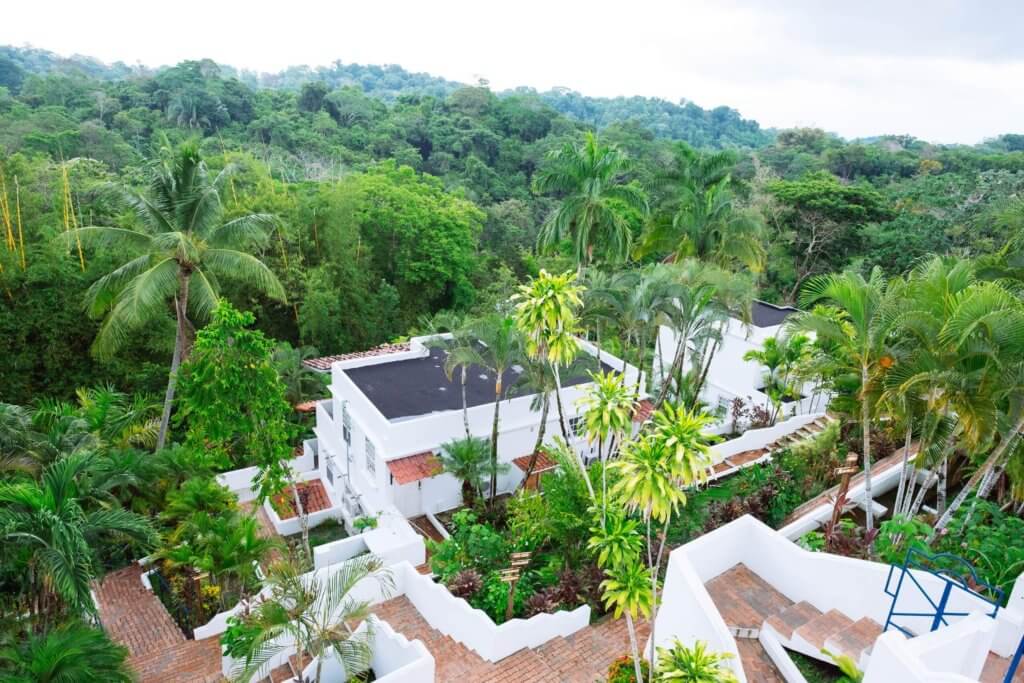 “Hagar, there are many programs like that, of self-love,” you must say. And I say that it can very well be.

However, can you tell me that after you finish any of those programs you’ll feel limitless and unstoppable love? Full of power that could burst glass ceilings; the type of power the world cannot contain? (We are on the way there, so do not worry. It will happen, I’m sure). Tell me about programs that produce friendship and companionship in less than three days?

Double you opens for you an opportunity to take a vision, a dream, an idea and make it real. It is allowing you learning environment without any outside noises, in order to be focus and on point.
Double you it is Power!

As I write this post, I am living the moments I had there; moments I will never forget. I want every woman to experience these moments. 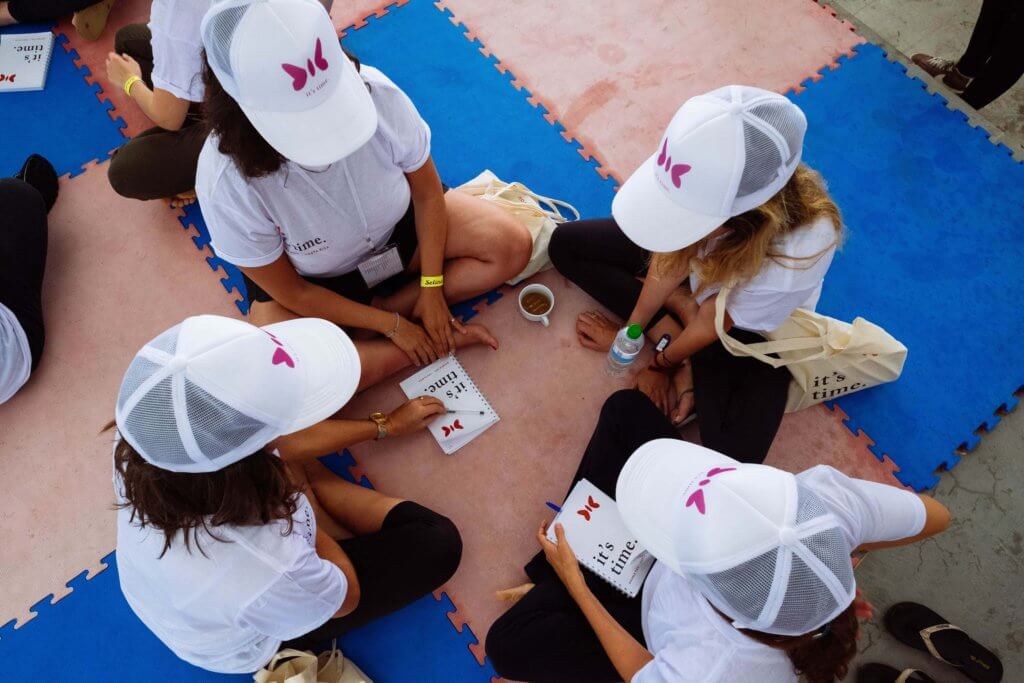 Do you remember the diary I mentioned first and the positive experience?
Double You is the essence of that diary. The perfume I managed to make out of my positive being was my gift to myself. No one gave it to me. I took it myself.

I could have bought it, not because I had money, but because I would accept it, which many of us do not allow ourselves to. Give yourselves gifts, and send me a picture when you do.

When was the last time you did something for yourself?

My name is Hagar. I’m 38 years old, born and raised in Israel and live the life of a teenage girl; therefore, I appear in my 20’s. Three years ago, (can’t believe it has been … END_OF_DOCUMENT_TOKEN_TO_BE_REPLACED